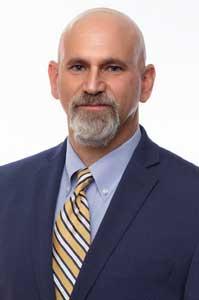 Dr. D’Addio attended undergraduate school at Georgetown University and earned his medical degree from Tulane University on a U.S. Army scholarship. His residency was completed at Walter Reed Army Medical Center where he says he did “a lot of tedious work in the beginning. But as I progressed, I did more complicated operations - and that’s’ how you truly learn your trade.”

In 2009, Dr. D’Addio joined VIVA and RAF as a Vascular Surgeon. He loves the Fredericksburg area and feels it’s his “hometown” although he’s originally from Newburgh, New York.