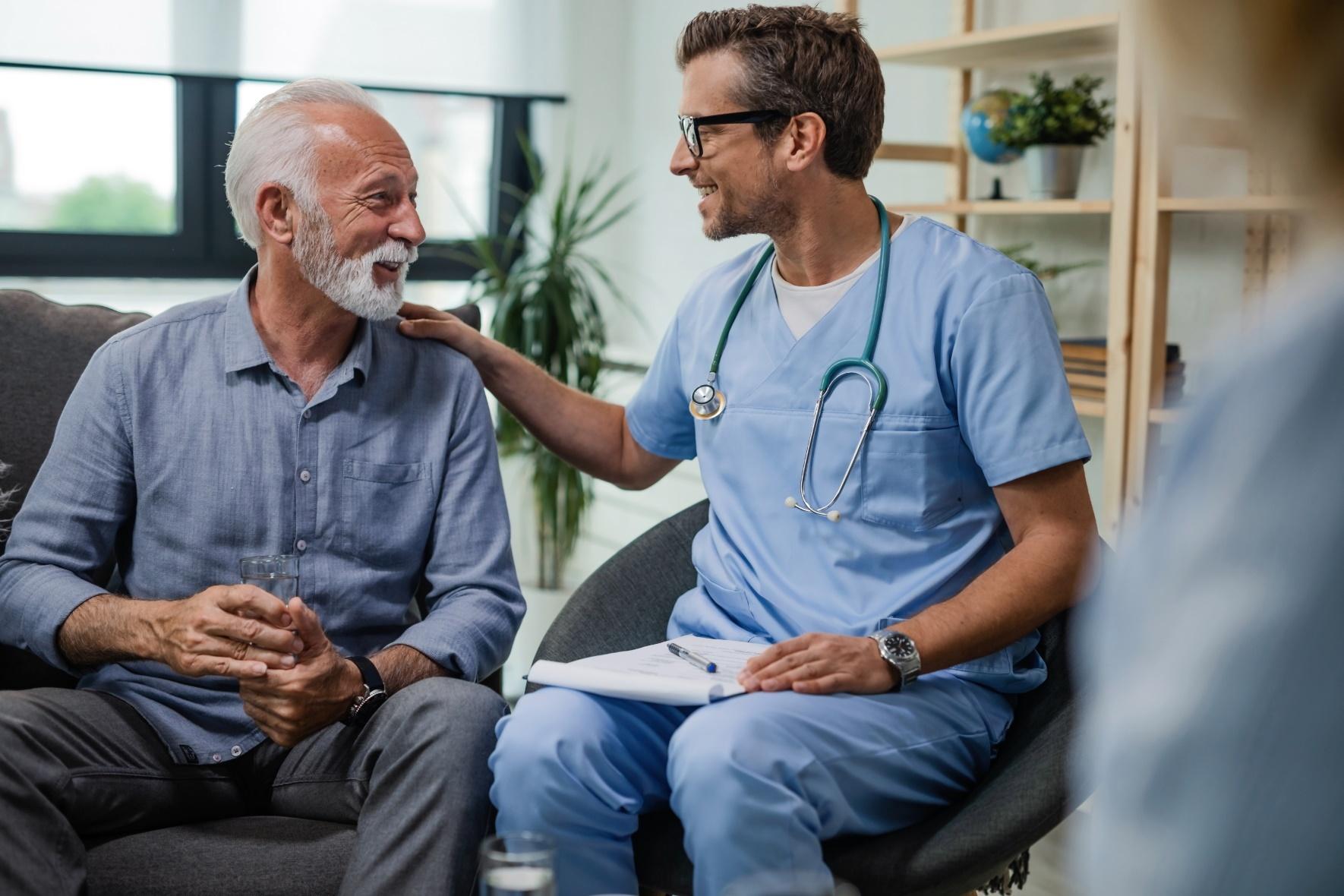 Ronnie had been living with benign prostatic hyperplasia, also known as an enlarged prostate, for several years. The symptoms were a disruption to his daily life and getting progressively worse with time. As the problem worsened, Ronnie found himself waking three to four times during the night just to use the bathroom. Although he was desperate for relief, the thought of laser and surgical methods seemed worse than the issue itself.

So Ronnie chose to live with the problem. Until he discovered a treatment called prostate arterial embolization (PAE). PAE is a minimally invasive treatment with a high success rate and short recovery times. It was just what Ronnie had been looking for. He began searching for a doctor in his area that performed PAE and discovered Dr. Elias at Virginia Interventional & Vascular Associates (VIVA). Ronnie had this to say about Dr. Elias: “I was impressed with him as a person, his background and training, and his experience with doing the procedure. After he described the procedure to me, I knew that this was what I had been looking for.” The procedure went well and Ronnie was thrilled with the results. “It was easy, painless, and based on my personal experience, it works!” Not only was he able to go back to exercising at the gym by the next week, but he no longer has to deal with the annoying symptoms of PAE. “It’s so wonderful not to constantly have to go to the bathroom,” said Ronnie, “I can sleep at night again!” Contact us today to schedule a consultation to learn if prostate artery embolization is right for you. (540) 654-9118